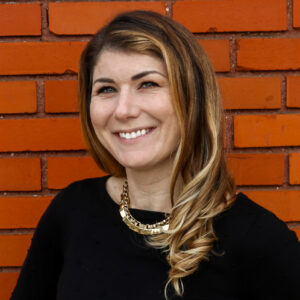 The meaning of “home” surely deepened and changed shape for many during a long, arduous year of pandemic quarantine. The home became the office, the school, even the barbershop. Now, a new immersive exhibition exploring themes of the home is on view at the Reeves House, the new visual arts center for the Woodstock and Metro Atlanta communities. The group show “[Re]constructing Home” was curated by Director of Visual Arts Nicole Lampl. She, along with Karen Anderson Singer, participating artist and creator of Tiny Doors ATL, joined “City Lights” host Lois Reitzes to talk about the exhibition. This show is the inaugural exhibit for the Reeves House and it will be on view through July 4.

On the renovation of Reeves House and themes of reconstructing:

“The project has been in the works for… over a decade now,” said Lampl. “There were several inspirations behind that choice “[Re]constructing Home,” the first being the history and origins of the Reeves House itself. We had initially intended to renovate an existing historical structure; it was an existing single-family home occupied by the Reeves family, that was built in 1897. But unfortunately, mid-construction, we discovered that it was structurally unsound. So we ended up having to reconstruct.”

Read and listen to the rest on WABE.